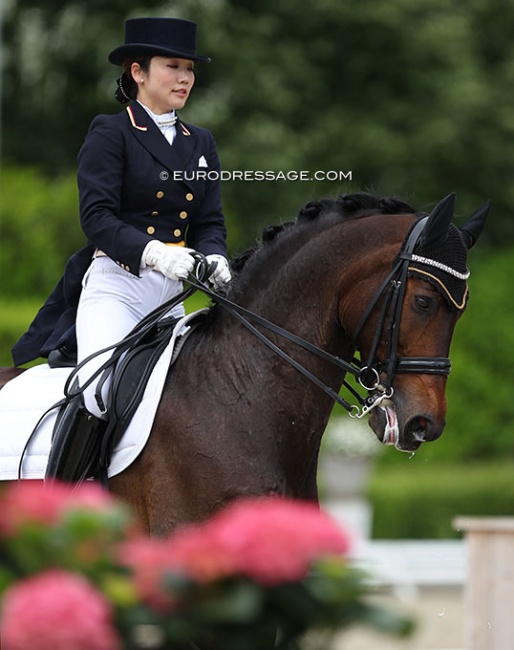 Radames was an Oldenburg gelding by Rockwell out of Fayance P (by Come On x Ahorn x Lucky Boy xx). He was bred by Frauke Wagner.

Owned by Karin Peter since he was a youngster, Radames made his national show debut in Germany as a 4-year old under Sabine Rüben.

In 2010 Monica Theodorescu made her debut on the bay gelding and rode him at the CDI Lingen.

In 2013, Radames sold to Japanese newcomer Akane Kuroki, who premiered him nationally at Reitanlage Braun in the autumn of 2013.

Kuroki made her international show debut on Radames in 2014 and competed him internationally at small tour level in 2014 at events such as  Nieuw en St. Joosland, Hagen, Saumur and Roosendaal.

"He was my first horse to train in Europe. He brought me a lot of great things," Kuroki wrote after the passing of Radames. "He has made me what I am. No one can take his place in the world. He is always in my heart and never forget having had precious time with him."