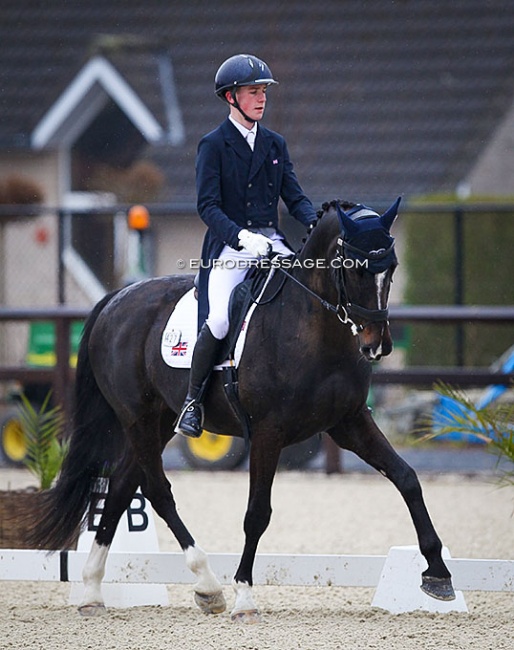 The British Dressage Under 21 Selectors have completed the selection process for the 2022 European Championships for Juniors and Young Riders, which will take place on home soil at Hartpury College in Gloucestershire on 25 – 31 July 2022.

The British riders will be flying the flag for Great Britain at this major continental fixture this summer are:

Myles Graham was qualified and has been selected for both the Pony and Juniors team, but at this stage it is intended that Myles will take up his position with the Junior team, and his inclusion in the Pony team selection is expressed as a second preference only, as he cannot compete in both age groups.

Upon definite entries and declaration of all competing riders for the Junior and Young Rider teams, Myles will be withdrawn from the Pony team and his position will be taken by the First Reserve, Lauren Geraghty. If, for any reason, his horse, Nibeley Union Hit, is unable to compete for the Junior team and is withdrawn prior to the Definite Entries deadline on Monday 11 July, Myles will still be eligible for the Pony team with Dresscode Cocktail.

The same principles apply with Ruby Hughes, who is selected for the Pony team, with a second preference expressed as second reserve in the Juniors.

The first reserve is Lilah Gibbs (20) from London with her own Dude(black gelding, 2011, Dancier x Rubinstein, HANN).