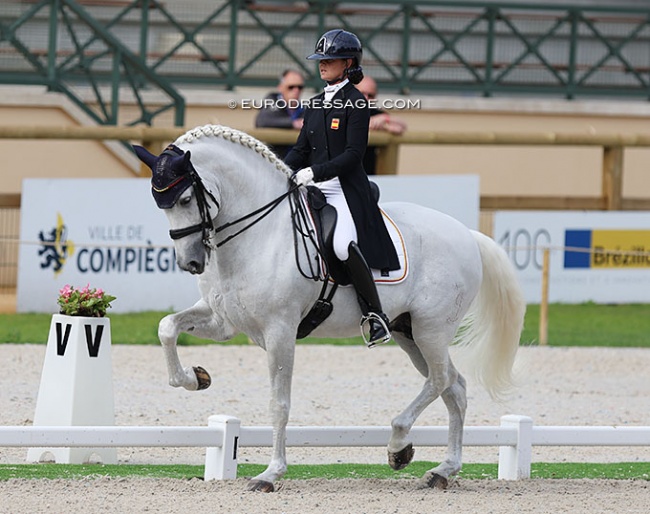 The Spanish equestrian federation has announced the team that will represent Spain at the 2022 World Championships Dressage in Herning (DEN) on 6 - 11 August 2022.

2022 became a year of change for the Spanish team after the departure of team trainer Rudolf Zeilinger. The RFHE no longer sought to appoint a new team trainer but instead hired a team captain / Technical advisor. They chose Dutch 5* judge Francis Verbeek, who ended up closely coaching the riders at shows in Spain, in private sessions at Spanish stables, as well as at selection events across Europe.

The Spanish "road to Herning" went via the National Championships in Barcelona, followed by a ride-off in Aachen and Fritzens.

After Aachen a nominative entry list was announced and it surprised many that several clear team contenders were absent from that list, while other pairs were included.

Eurodressage contacted Verbeek for a statement but received no reply.

Following the results achieved at the 2022 CDI Fritzens, the final team selection was made.

For the first time since the 2010 World Equestrian Games in Lexington, Spain has three PRE bred horses back on the team.