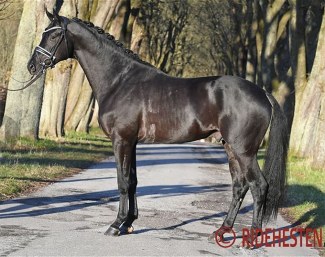 Hallifax Lyng became the only one out of six presented stallions that was accepted at the 2021 Danish Warmblood Late Licensing held on 13 April 2021.

The late licensing took place behind closed doors in Vilhelmsborg and was for stallions, who for specified reasons, could not be presented at the main licensing at the beginning of March.

The six colts were presented in hand on hard surface, the dressage colts were lunged and the jumpers jumped in freedom, and there was an in-hand presentation. The approved stallions will do a 10-day observation test in Tørring before being allowed to breed.

Only the Trakehner bred Hallifax Lyng passed. He is bred by Anne Lyngbye Melsen from Kokkedal, Denmark. He was already a premium stallion at the 2020 Trakehner Stallion Licensing in Germany.