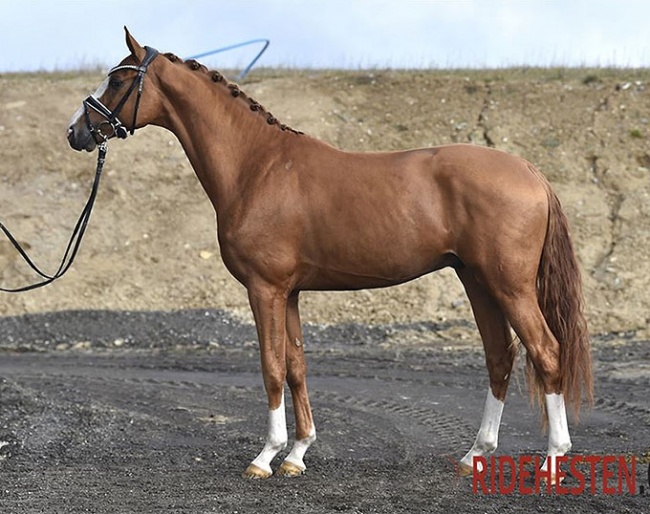 Six stallions were named premium in the 2021 Danish Warmblood Stallion Licensing, which took place in an extraordinary format this year. The DWB licensing went on a four-day-tour doing home visits to licence this year's crop of 3-year old stallions.

The 2021 DWB Stallion Licensing was supposed to take place in Herning, but due to corona it was moved behind closed doors to Vilhelmsborg. However, with the EHV-1 outbreak the movement of horses should be limited and the DWB society decided to do a "home licensing tour" instead, with the licensing committee visiting the qualified stallions at their home yard.

The home yards recreated the traditional set up at their stables: a presentation on hard surface, a lunging moment, followed by the inspection of the stallion moving in freedom, as well as presented in walk in hand.

Of the six premium stallions, three of them stood out the most, according to the licensing committee. They are Hesselhoj Donkey Boss (by Hesselhoj Donkey Boy x Zack), the full brother of the already approved Hesselhoj Downtown; Midt West Evolution (by Revolution x Jazz); and the German bred Bonjour (by Bon Coeur x Furst Nymphenburg).

All 3-year old stallions have to do a mandatory 10-day observation test to check their character and rideability. The testing takes place in Tørring and started on 22 March 2021. Helgstrand decided not to send their accepted 3-year olds out of EHV-1 precaution and demands from the DWB society a solution to allow the to breed without. The other stallion owners have sent their colts to the professional equestrian centre in Tørring.

The Danish Warmblood society annually reviews the 4-year old licensed stallions after they have bred for the first year and completed their 35-day performance test.  They need to get their final permission to continue breeding and the committee also names a 4-year old licensing champion.

Additionally, on the licensing tour the committee also assessed a few 4-year-old and older stallions, who have not yet been licensed nor done the performance test.

The champion on the 4-year old group was Iron (by Ibiza x Hohenstein). Bred by Vicki Nedergaard and owned by Helgstrand Dressage, the black was still a bit green as at the 2020 licensing and therefore did not receive a premium, but has developed very well and scored over 900 points in his performance test. He was considered the best in the lot of 4-year olds.

Of the 13-year fully licensed 4-year olds, ten (!) are owned by Helgstrand Dressage.

Other approved 3-yo stallions: