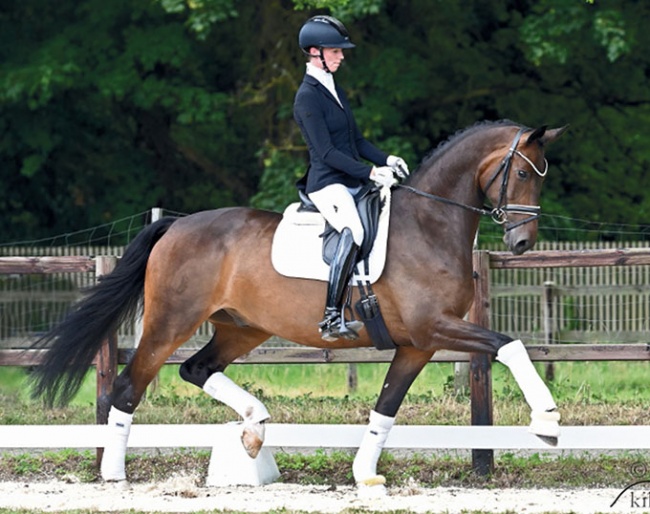 The Trakehner gelding Premier Cru became the price highlight of the 2021 Klosterhof Medingen auction on 18 September 2021.

The auction is organized annually by the Wahler family and caters to their loyal clientele with offspring, normally for their own breeding stallions, but this year there was a mixture.

The majority of the horses sold regionally in north Germany, only three horses and four foals move abroad!

The 4-year old Premier Cru (by Helium x Le Rouge x Donaufischer) sold for 360,000 euro. Bred by Beate Heise, the bay was the reserve champion at the 2021 Trakehner Young Horse Championships in Munster, but did not compete at the Bundeschampionate. He sold to the north of Germany

The second most expensive horse was the 8-year old Sazou (by Sezuan x Brentano II), who fetched 250,00 euro.

The most expensive foal was the Oldenburg registered filly Imperia (by In My Mind x Light and Easy), who sold for 38,000 euro.  She is bred by  Aloys Wieghaus. She's from the first crop of In My Mind (by Ibizi) who is owned by Helgstrand but leased to the Klosterhof.