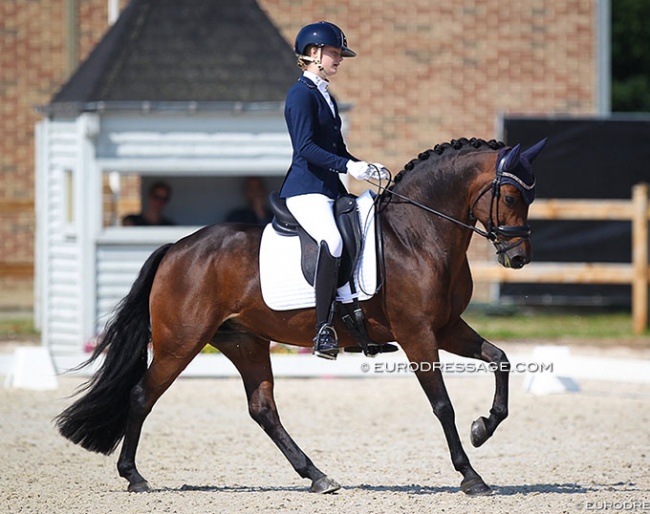 She is bred by Mr Timmer and was originally named Alisia.

In 2018 the bay mare participated in Dutch New Forest Pony breed shows as Alisia and became the Regional NNFPS Champion. She also competed under Tessa van Hemert in the national Divoza Cup classes with the name "Miss Alisia".

Tessa and Million Dollar Girl made their international show debut in 2019 at the CDI Exloo. They competed internationally through 2021 with starts at Le Mans, Opglabbeek, Grote Brogel and Waregem. The latter show in September 2021 was their last international.

Million Dollar Girl was leased by Brecht Lunenburg at the beginning of 2022 and she made her national show debut on the mare in the spring of this year at M2 level. In August the Lunenburg family purchased the pony from owner Claire van der Geer.