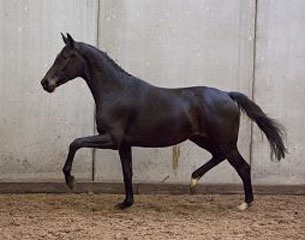 The best seller at the autumn edition was Kayenne M (by Glamourdale out of Chayenne (by San Brentano x Lancet)). The black mare is bred by E. Meijer and sold for 35,000 euro at auction.

The second most expensive horse was a wild card addition to the collection: the 10-year old broodmare Cilenka K (by Lord Leatherdale). She is in foal to Painted Black and sold for 20,000 euro to California, U.S.A.

The average price for an unbroken youngster at this auction was 14,000 euro.