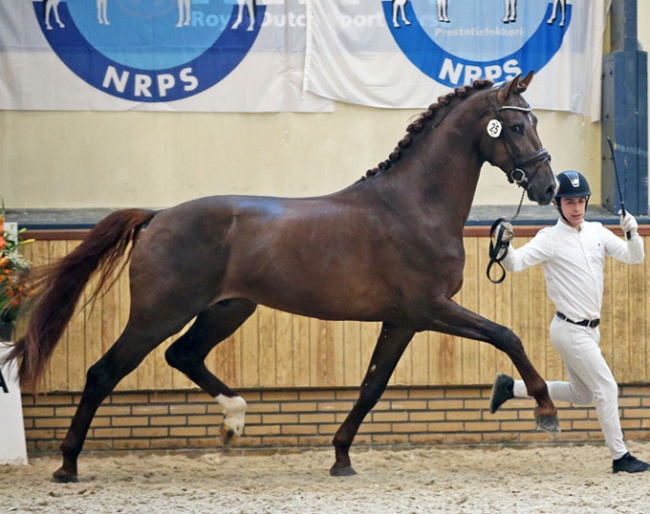 NRPS, a smaller Dutch breeding studbook of sport horses and ponies, has approved 36 new colts for breeding at its 2020 NRPS Stallion Show in Ermelo, The Netherlands, on Sunday 8 March 2020.  Seventeen of those are dressage bred.

Thirty stallions had already been approved at the 2020 NRPS Licensing held on 14 February 2020, but one of those was withdrawn. The stallions had to reappear at the Stallion Show on 8 March for final approval.

The dressage licensing champion was approved at such a "private licensing." He is the KWPN bred Licor (by Vivaldi x Charmeur).

The reserve champion is For Moray Pomona (by For Romance x Ferro). The third ranked stallion is Glamour van de Anjerhof (by Glamourdale x Sandreo).

In the pony category New Edition M (by No Limit x Calido-G) was named champion, while Ducati du Bois (by Diamond Touch x Der Harlekin B) became the reserve champion.