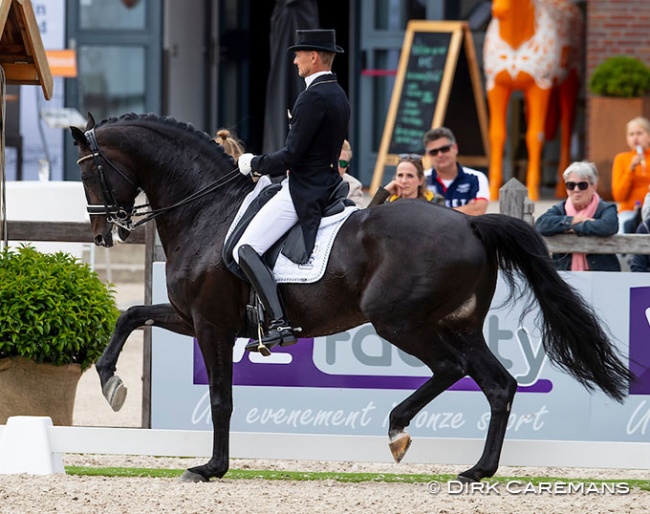 Edward Gal and Zonik will not be defending their title at the 2020 Dutch Dressage Championships, which are happening this weekend 17 - 20 September 2020, in Ermelo, The Netherlands.

The 12-year old Danish warmblood stallion by Zack x Romanov is not fit to compete and was withdrawn in the morning of Friday 18 September.

"Unfortunately he hit himself in the box and has a little swollen leg now. It's really a pitty but it's always the welfare of our horses first," said owner Glock.

Edward Gal and Zonik won the 2019 Dutch Dressage Championships in Ermelo and the Danish stallion cannot defend his title.

However, odds are in favour of Gal still winning the 2020 Dutch Senior Grand Prix National Championship as he is taking his second Grand Prix horse, Toto Jr (by Totilas x Desperados) to Ermelo.

They are the clear favourites for gold, even though the horse has only competed in one national Grand Prix test.

Zonik's withdrawal is the second big name that dropped out of the Championship.

Dutch 2019 ECH team rider Anne Meulendijks already announced yesterday that she won't be competing Avanti in Ermelo because the horse knocked himself in the field last weekend and is not in optimal shape.