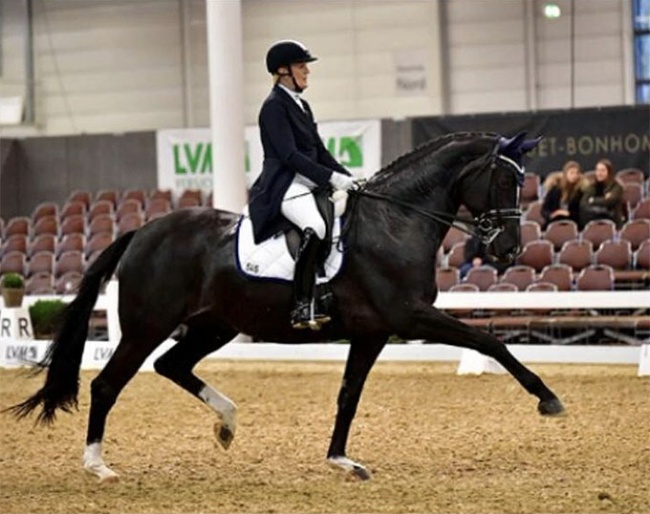 Daytano is a 2013 born Hanoverian mare by Dante Weltino out of Sillia (by Samarant x  Don Frederico). She is bred by Judith Wertheimer.

Owned and trained by German professional rider Petra Stroetmann, Daytona made her show debut as a 4-year old in 2017.

The pair competed mainly at local shows in Albersloh, Ibbenbüren, Rhede. In 2018, when the mare was 5 years old, she was already being shown at L and M-level dressage. In 2020 she made the transition to S-level at the K+K Cup in Munster in January. Their last show was the local event in Rhede on 20 June 2020.

The black mare has now been sold to the 53-year old Elisabet "Ettan" Ehrnrooth, who is a Finnish Olympian.

Ehrnrooth also served as chef d'equipe for Finland at the 2014 World Equestrian Games in Caen.