Corona Cuts in 2019-2020 Profit of Helgstrand Dressage, Revenue Back Up after First Wave

What is happening
Denmark 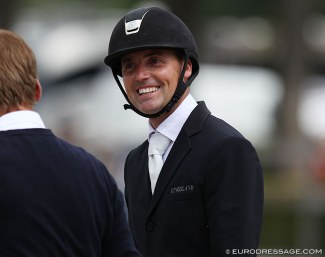 With recent company numbers made public for the fiscal year 1 July 2019 - 30 June 2020, Helgstrand Dressage recorded an 85% drop in its profit due to corona.

For 12 years, the company has boasted massive profits. In 2018 this attracted the interest of Waterland Private Equity group, which purchased a 51% stake into the company.

Helgstrand Dressage was also severely affect by the first wave of the corona pandemic in March - May 2020, when international clients could no longer travel to Vodskov, Denmark, to try and buy horses.

As soon as the first lockdown ended in May/June 2020, the sales at Helgstrand Dressage sky rocketed again. The sale of Grand Prix horse and breeding stallion D'Avie for a rumoured 4.5 million euro to soccer wife and German Grand Prix rider Lisa Müller was the post-corona jump start.

“We have clearly noticed that the demand for top horses has increased again after the travel restrictions were lifted in the summer of 2020. That is why we are very happy that we have prioritized the work so intensely to strengthen both our quality and the number of horses. This means that our strategy has been right," Andreas Helgstrand told Ridehesten in a press release.

Andreas added that in by October 2020 the revenue had already returned to the same level as the previous year.

In September 2020 it acquired Gestut Famos, which was listed on the market for 9.3 million euro. It also bought a 51% share in the equestrian tack company Kingsland. In addition, it invested in Niels Zibrandsten's Zibrasport media company, which provides live streaming of horse events in Scandinavia, as well as in a company that produces Riding Arena Robots.