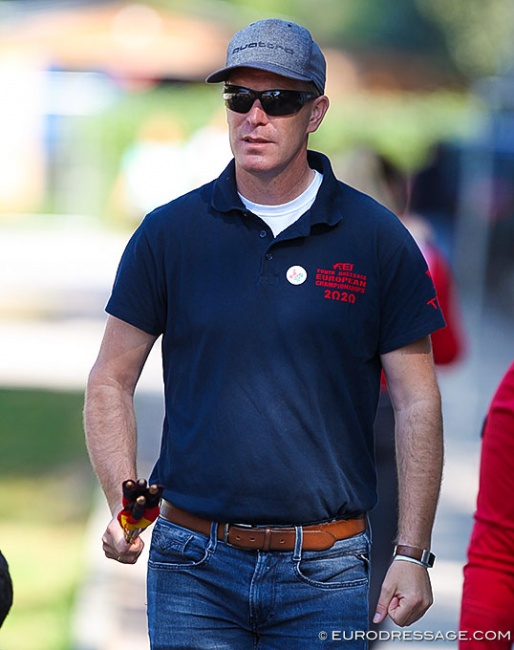 Oelrich will be the Grand Prix team trainer for the elite and Under 25 riders, as well as support Heidi Bemelmans in the training and guidance of the Swiss youth riders.

The past decade, members of the technical dressage staff at the Swiss equestrian federation has been coming and going as if through a revolving door.

While 2019 was a year of more peace and quiet at the top of Swiss dressage management, in 2018 Marlyse Schatzmann resigned as Swiss Dressage Sports Chef after just nine months on the job. In March that year Martin Wyss stepped down as dressage technical director, in 2016 Nicola Heyser-Burger resigned from that same position, and in 2014 Christian Plage quit as sport chef.

Aiming for change in 2021, the Swiss Equestrian Federation held several big discussions on how to proceed and agreed that one National Dressage Team Trainer could bring relief and progress. After evaluating several training sessions with the squad riders, the dressage committee signed Oliver Oelrich.

"The (Swiss) dressage management team analysed the situation in various closed sessions and decided to appoint a national dressage trainer for everyone to ensure the further, successful development of top dressage sport," said a spokesperson of the Swiss Equestrian Federation.

Natascha Renfer, who heads the Swiss Dressage Committee is thrilled with Oelrich's appointment. "By filling the post with this proven equestrian personality and by starting with a new concept, we make a new start," she said. "Now we still have to fill the positions of team captain/chef d'equipe."

Oelrich's appointment brings new perspective for the German who resigned as German Youth Co-team trainer in 2019 when he heard that his contract would not be renewed in 2020. Since 2002 Oelrich has been running his own training and sales stable in Lengerich, Germany.