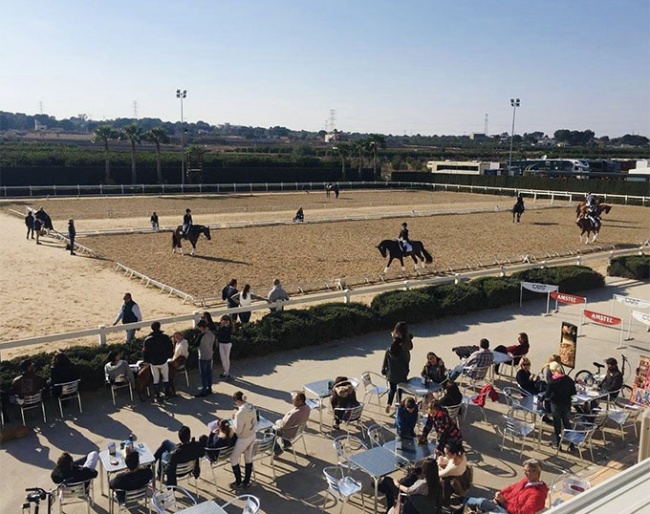 The organising committee at the CES Valencia has announced that it has cancelled the two CDI's in April and that a new venue to host the 2021 European Children, Junior and Young Riders Championships is being sought.

The disastrous EHV-1 outbreak of 2021 started in the week-long winter show jumping tour held annually in Valencia, and spread across Europe. It forced the FEI to put a lockdown on animal movement by stopping all competitions until 11 April.

The Valencia show organizers are still doing damage control and have communicated very little about the progress being made on the show grounds for future scheduled events.

Also the future of the 2021 European Youth Championships is highly uncertain, although they suggested a new venue (in Spain) is being sought.

"Despite the efforts CES Valencia is making to ensure that the facilities are ready to restart the competition, we still have no certainty from the health authorities when the facilities will be authorized to host competitions," the organizer added. "This is why we are studying a change of venue."

Very little details about a change in venue for the Europeans are being disclosed at the moment.

In 2016 the neighbouring equestrian center in Oliva Nova (40 minutes from Valencia) hosted the European Children, Junior and Young Riders Championships. At the time Oliva Nova came to the rescue for Madrid who was the original host of the show but couldn't pull it off.