Carina Cassoe Krüth: "I Have Not Used the National Coach, I Have my Own Set-up" 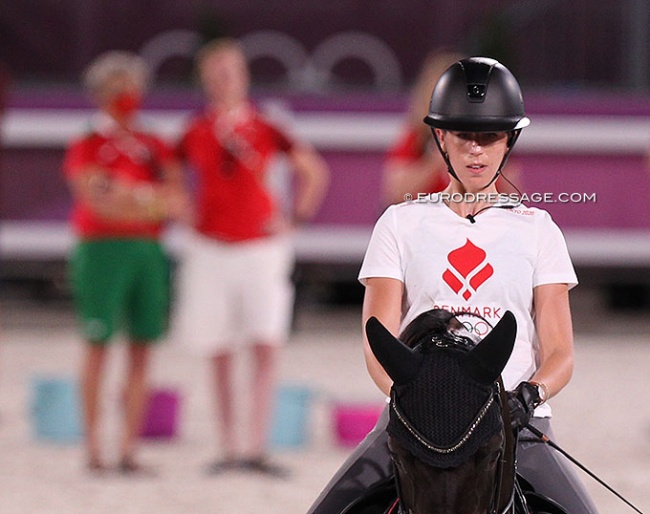 While the majority of the Danish dressage world is still in shock about the sudden departure of Nathalie zu Sayn-Wittgenstein as Denmark's national team trainer, Danish Olympian Carina Cassoe Kruth is the first to speak out about her preference for the new system.

Kruth went public with her excitement for the new direction that the Danish Equestrian Federation (DRF) has taken on Danish website Zibrasport.

On 17 November, the DRF announced that it "will replace the current national coaching role with an expert team of recognized profiles within international top dressage."

In its press release, the DRF was unclear whether Zu Sayn-Wittgenstein was fired, as the NF no longer wants a team trainer, or if she resigned because 'it was was DRF's wish to continue the collaboration with the national coach by instead associating her as a consistent figure in the new expert team, but the national coach has unfortunately chosen to refuse that offer."

The future Expert Team would consist of a "technical staff (that) will be connected to the national team on an activity basis, and will act as advisors and sparring partners for the riders and their daily coaches."

With Nathalie zu Sayn-Wittgenstein at the helm of Danish dressage as team trainer, Danish riders have won 1 team medal and 5 individual medals in the past four competition years (excluding 2020 with no senior championship due to covid-19).

Aside from the training aspect, the team trainer often serves as the spokesperson of the team towards judges, officials, show organizers and stakeholders. Through her years as a competitor being triple Olympian herself and Board Member of the IDRC, Zu Sayn-Wittgenstein built up a strong network in the dressage sport world. Her diplomatic way of communication was highly respected amongst colleagues.

Carina: "Nice we are allowed to manage the training ourselves!"

This is the title of the article posted today on Zibrasport, a Scandinavian media platform owned by Danish GP rider Anna Zibrandtsen in partnership with Helgstrand Dressage. Kruth is the first high profile Danish rider to go on record about her preference for a new system without team trainer.

"I thought it was a good vision, and it will be exciting to see how it will work in practice," she told Zibrasport. "I have not used the national coach, I have my own set-up. It is important that we run the management we usually do at the competitions. That I have my own coach with me, which I have to pay for myself. And it's expensive, but I do, because that's what works for me."

For the past four years Kruth has been training with Andreas Helgstrand. Before that she worked with Hasse Hoffmann.

Team Trainer, a Thing of the Past?

Kruth continued, "having a national trainer has worked in the past, but the national federation now recognizes that riding has changed. They have accepted that the riders are professionals and know what makes the training work on a daily basis and at competitions. The federation has listened to the riders and trusts we stick to our plans and management. Therefore they will no longer order us to train under a national coach, but instead they support us in doing something else."

The DRF's "expert team" seems to entail a chef d'equipe for the administration and then scheduled clinics for the squad members with different trainers for input.

"It is positive that you do not get stuck in old methods," Kruth stated. "I think the new setup will provide some peace of mind. We have a really good time with each other on the national team, which is a good team building. Times have changed though, and here the federation has followed suit."