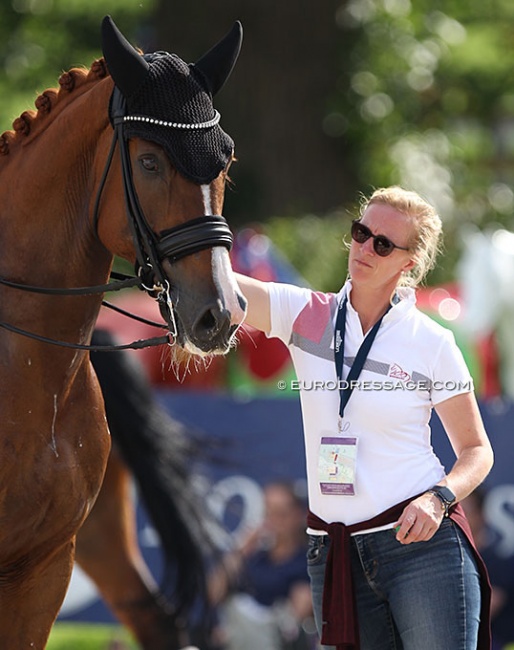 The Danish Equestrian Federation (DRF) is seeking to build a new structure for its Technical Staff and has already realigned the tasks of Danish youth team trainer Dennis Fisker. He has given up the pony team training in exchange for the Under 25 team.

In a press release issued on 17 November 2021, the Danish NF stated, "DRF will replace the current national coaching role with an expert team of recognized profiles within international top dressage. The technical staff will be connected to the national team on an activity basis, and will act as advisors and sparring partners for the riders and their daily coaches."

The press release stated that Nathalie zu Sayn-Wittgenstein chose not to renew her contract until Paris 2024 and stops effective immediately.

"It was DRF's wish to continue the collaboration with the national coach by instead associating her as a consistent figure in the new expert team, but the national coach has unfortunately chosen to refuse that offer," the press release read.

Morten Schram Rodtwitt, the director of the DRF, added that, "Nathalie has made a fantastic effort since she joined in 2017. The sporting level within senior dressage may never have been higher than it is now, and Nathalie has a large share in that. We had hoped that we could keep her in the fold as part of the new team of experts, but unfortunately this has not been possible. However, we respect her choice and greatly appreciate the good cooperation we have had over the past four years."

After her own equestrian which concluded after her third Olympics in Rio 2016, Nathalie zu Sayn-Wittgenstein accepted the job as senior team trainer in 2017, succeeding Rudolf Zeilinger.

Zu Sayn-Wittgenstein came across as a strong, motivated communicator and team flagbearer, who brought the group together, despite the odd rider who chose not to work with her. Denmark's number one, Cathrine Dufour, however, achieved unprecedented successes under Zu Sayn's close supervision.

Nathalie's "resignation" comes unexpected to the outside dressage world. The 46-year old did not want to go on the record at the moment, whether the DRF broke the contract, or whether she declined to renew it until Paris?

"I have thoroughly enjoyed working with our Danish riders and seeing their success in these five years as team trainer," Nathalie told Eurodressage exclusively. "I am very proud of what we have achieved."

Zu Sayn-Wittgenstein was in charge of the Under 25 and senior team training. However youth team trainer Dennis Fisker has now taken up the U25 supervision and dropped the ponies.

A new pony team trainer, as well as senior team coach, needs to be sought by the federation.

Denmark's Elite Sport Manager for dressage, show jumping and eventing - Kimi Nielsen - has also also resigned as she has reached the age of retirement. As of 1 January 2022 the Danish NF will splits this position into sports managers/team captains per discipline. The new team captain for dressage will work with the seniors and U25 riders.