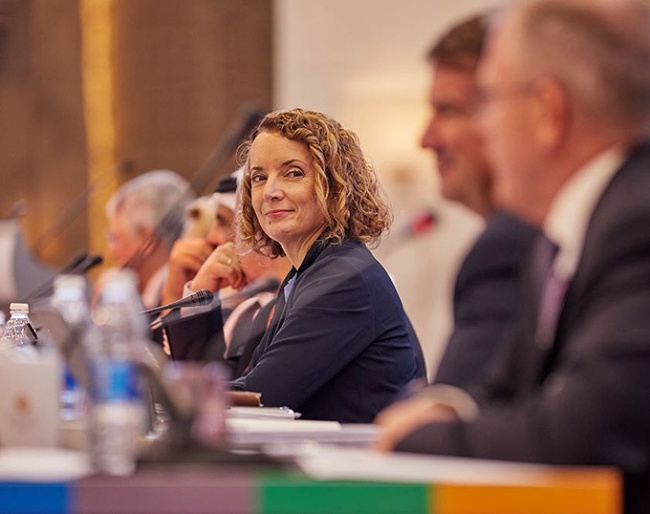 FEI Secretary General Sabrina Ibáñez has been unanimously re-elected President of the Association of Paralympic Sports Organisations (APSO) for the four-year term 2021-2025.

“It is a huge honour to continue in my role as APSO President and I would like to thank the APSO membership for their confidence in me,” Ibáñez said.

“As some Paralympic Sports begin the move to International Federations and other organisational structures, APSO and its members are well placed to provide these sports with the necessary expertise and experience to ensure a smooth transition process.

“As the Paralympic Games in Tokyo have shown, Para Sport is growing in stature and has an important role to play in changing views and perceptions about disabilities in communities around the world. And APSO is committed to working with the International Paralympic Committee (IPC) to build a world where diversity and inclusion is the norm.”

The APSO Executive Board now includes representatives from three Olympic sports (one winter and two summer sports), one representative from an independent para sport and one from an International Organisation of Sport for the Disabled (IOSD).