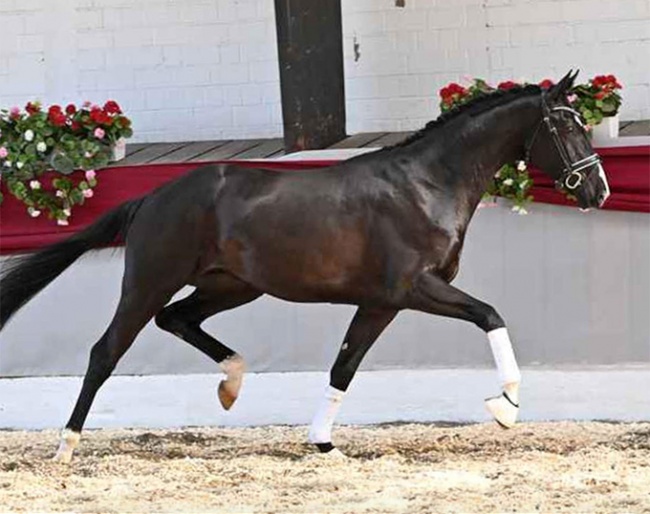 Three dressage colts were named premium at this licensing, just one of them was for sale. Bred by Gerhard Ikena, and owned by Rueben Equestrian, the black Marc Cain x Rubinstein x Inselfuerst colt sold for 35,500 euro to a Swiss bidder.

The most expensive horse of this auction was the show jumping bred Colourful Future  (by Conturio x Cassini II), which found a new home at Stable Egbering in Holland and sold to Chinese investors for 44,500 euro.

The third most expensive horse was the black Dante's Junior x Zonik colt, which moves to Holland for 33,000 euro.

The licensed Destano x Franziskus found a new owner in Spain for 24,500 euro according to the online bidding site, but reports later on mentioned that this horse sold to South Korea. The licensed Don Martillo x Desperados sold to Spain for 16,500 euro.

The average price for a stallion in this auction was  19,217 euro. Complete results here.