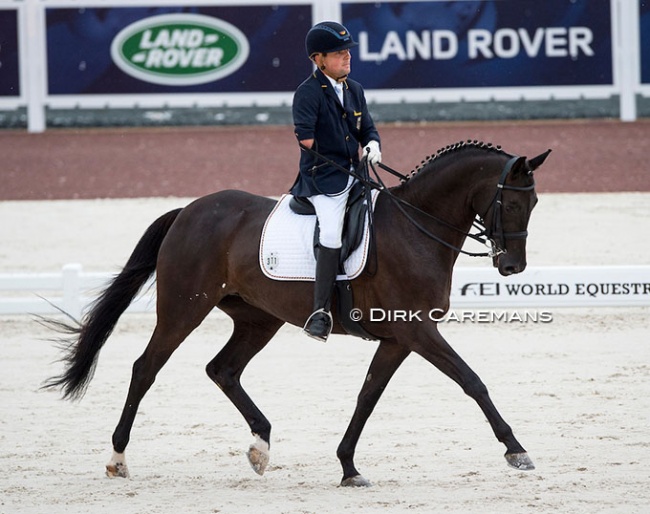 German Paralympian Steffen Zeibig his retired his number one ride in the barn, Feel Good. The 18-year old mare had her final performance at last weekend's German Para Championship in Munich.

Feel Good is a 2004 born Hanoverian mare by Furst Heinrich out of Ayleen (by Arogno). She is bred by Kathrin Knoess and is owned by Gut Auric.

Zeibig and the black mare became a combination in 2013 and made their international show debut in Grade III at the CPEDI Mannheim. That same year they were nominated on the German team for the World Equestrian Games in Caen, where they placed sixth in the freestyle.

Zeibig, who was born with a missing right forearm, left foot and right lower leg, dropped to Grade II level in 2015 and competed Feel Good through 2022. They got double bronze at the 2015 Europeans in Deuville, and team silver and individual bronze at the 2016 Paralympics in Rio. In 2017 they were back up to Grade III and Freestyle silver followed at the 2017 Europeans, team bronze at the 2018 World Equestrian Games and fourth in the kur at the 2019 Europeans.

The 2021 Tokyo Paralympics was their final international ride with a 13th place in the individual test.

At age 18 Feel Good has now been retired from sport and the 9-year old Trakehner Patamon (by Windsor x Enim Pascha) will follow in her footsteps. He made his CPEDI debut in 2020 and the pair became 2022 German Para Champions at Grade III level.