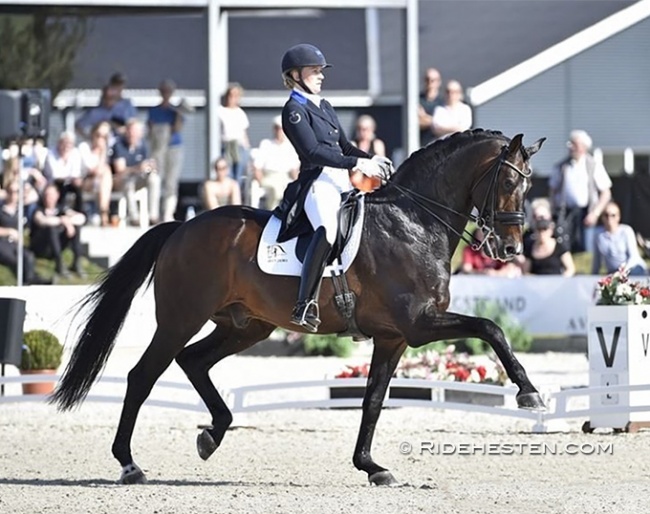 The Danish equestrian federation has announced the long list of Grand Prix riders which are in the running for team selection for the 2022 World Championships Dressage on home turf in Herning on 6 - 11 August 2022.

The long list does not include any horse names, even though several riders have multiple horses up for consideration. (Eurodressage added the names of the rider's top horses).

The final Danish team selection trial will be at the CDIO Aachen where they go head-to-head. While Dufour is certain of a spot as the top scoring rider in the country, the other three places are highly competitive as Kruth, Dufour, Bachmann, and Merrald have all been scoring internationally in the 75 - 77% range.