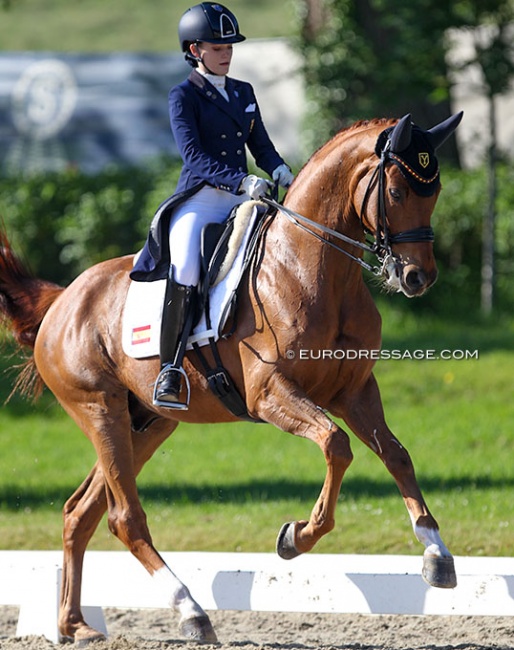 The 20-year old Bacariza, who is based in Europe in summers and in Wellington, Florida in winters,  has represented Spain at five European Junior and Young Riders Championships so far. She was selected for her sixth Euros this year in her last year as a young rider.

Travel Difficulties to and from U.K.

Aboard the 12-year old Hanoverian bred Romantico Ymas (by Belissimo M x Rubinstein) she was selected to compete in Hartpury. However, the travel to the U.K. with the extensive amount of paper work due to Brexit, deposits, and the insecurity of the limited amount of return slots for lorries all going home after the show, with the potential of her horse being stuck in a long queue on the way back, made her decide to withdraw from riding in Hartpury.

"It would have been a pleasure to represent Spain for the 6th time at the European Championships in Hartpury but unfortunately due to the inconveniences and uncertainties of horse traveling when leaving the UK we’ve decided not to attend this year. Wishing the best of luck to my teammates attending the championship."

Three riders were appointed reserve and one of them will full up Natalia's slot:  Giovanni Torrens Bentz (Euro Boy), Agustin García Garrido (Bounty), and Maria Bech Salvatella (Showtime) are the potential replacements.

Bacariza announced her withdrawal three days ago. The Spanish Equestrian Federation has still not officially confirmed who is replacing her.