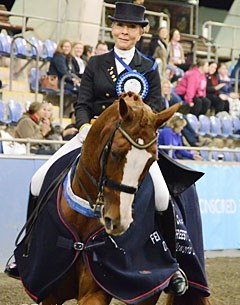 Judge Warwick Hunt, chairperson on behalf of the Equestrian Appeal Board for Equestrian Australia, has dismissed Judy Dierks' appeal against the 2018 Australian WEG Team Selection.

“Having considered the evidence, together with written and oral submissions of the parties at a hearing conducted on 5 August 2018, the Equestrian Australia Appeal Board, after deliberating since the hearing, has determined to dismiss the appeal brought by Mrs Dierks in relation to matters arising from the selection of the Australian Dressage Team for the World Equestrian Games 2018 by the Dressage Selection Panel which was announced 19 July 2018.  Accordingly, the selection of that Team stands as then made.”

Hunt explained that, "It is usually desirable to publish written reasons at the time of announcing a decision.  On this occasion, the Board has determined to announce the decision and provide written reasons for that decision within seven days.”

“This approach has been taken for two reasons.  First, in our view it is important to provide certainty as soon as practicable for the parties and other persons potentially affected, especially given the very short time until the World Equestrian Games 2018 and the significance of the issues to be resolved by the appeal.  Second, professional commitments of all the Board members are considerable, yet because the matter is important the reasons deserve careful expression.  As such, more time is needed to finalise written reasons.”