Fuego TG Sold to the U.S.A for Sabine Schut-Kery to Ride 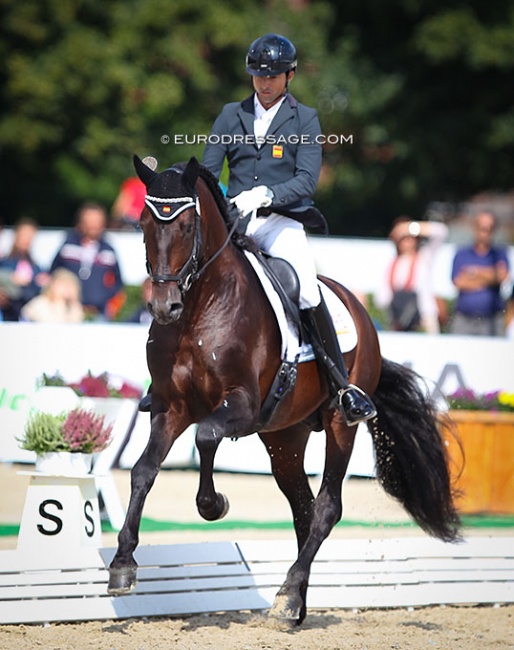 Fuego TG, the rising 7-year old PRE stallion which represented Spain at the 2021 World Young Horse Championships, has been sold to the U.S.A. for U.S. team Olympian Sabine Schut-Kery to ride.

Fuego TG is by Vetusto JVI out of Troya RMC (by Opium del Lago). He is bred and owned by Teresa Goode.

Under Pedro Hernandez Triviño, the bay stallion made his national show debut in July 2020. They had their international show debut at the CDI Segovia in August 2020, where they were second and third in the 5-year old classes with 72.0 and 70.80 points.

In 2021 the combination has set its sights on the World Young Horse Championships in Verden and trained intensely for it with the help of Jose Daniel Martin Dockx. In June 2021 the pair booked four national victories in a row with increasing scores.  In Verden they became the highest scoring Spanish duo at the show, placing 13th in the 6-year old consolation finals with 77.40 points.

At the end of the 2021 season, the duo went to SICAB, the World PRE Breeding Championships, where they won silver in the ANCCE Cup Final with 82.40 in the preliminary round and 79.40 in the final.

Fuego TG has been sold to Bridget Walker, a client of Sabine Schut-Kery. The Olympian will be in charge of the future training of the stallion.

Breeder Teresa Elaine Goode stated, "this project is going to be so exciting, we cannot wait to see you guys in the competition arena together! Fuego TG you have been incredible, thank you for the beautiful moments you have shared with us, representing Spain with you has been a wonderful experience and we could not be more proud of you!! Pedro Hernandez Triviño you have done a fantastic job with him and we could not thank him enough."

Fuego TG will be shipped to Wellington, Florida, where Schut-Kery is currently based at Poinciana Farm for the winter season. 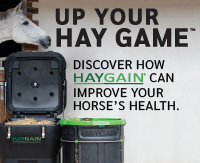