In Utero Foal by Ellis out of Aweih, Best Seller of 2022 Global Dressage Auction 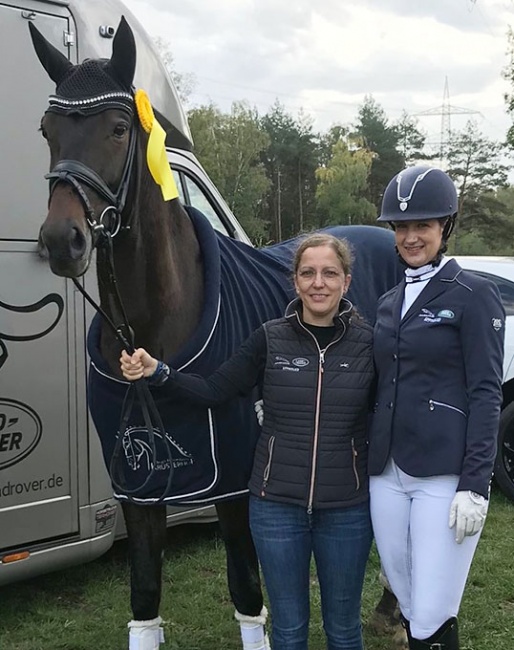 An in utero foal by Ellis out of Weihegold daughter Aweih became the top selling lot of the 2022 Global Dressage Auction, of which the online bidding concluded on 23 January 2022.

Global Dressage Auction is a Dutch company run by breeder Koos Poppelaars, which specializes in the sale of frozen embryos and in utero foals.

The January 2022 auction consisted of 13 lots and the top selling one was an in utero foal by Ellis out of Aweih (by Apache x Don Schufro x Sandro Hit), the dam that produced the 2021 Westfalian licensing champion Extra Gold. The unborn foal sold for 62,000 euro to Danish breeder and stallion owner Lone Boegh Henriksen (co-owner of Furstenball, Total Hope and Vitalis).

The unborn foals sold for good prices, but the two frozen embryos ended up not being sold.

A Vitalis x Totilas and  a Painted Black x Krack C in utero foal both went for 12,000 euro.