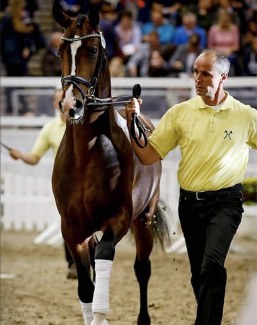 For 15 years Marco List worked as yard manager at Gerkenhof, where he prepared no less than 17 licensed stallions.

One of List's biggest successes was discovering Yasemin Yanik's young colt Revolution (by Rocky Lee x Roulette), which he scouted, prepared and presented at the Hanoverian Stallion Licensing. Revolution sold for 1.2 million euro to Andreas Helgstrand and Hanni Kasprzak and went on to become World Young Horse Champion.

"I want to focus more on sport and Marco can now bring his wealth of experience to us as the new yard manager," said Brune

List began his new job at Gestüt Brune on 1 September 2020.