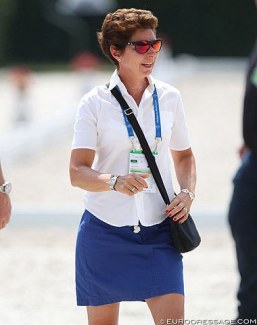 The FEI Board has decided to appoint Monica Theodorescu on the FEI Dressage Committee.

The decision was made during an FEI board teleconference on 18 November 2020.

The Chair for the FEI Nominations Committee Nayla Stössel (SUI) provided an overview on the candidacies received for the 18 vacancies during this teleconference. Thirty-six applications were received for the 10 vacant positions across the disciplines to be decided by the FEI Board, while a total of 13 candidates applied for the eight vacant positions to be elected by the General Assembly.

Monica Theodorescu (GER) was appointed as a member of the FEI Dressage Committee for the four-year term 2020-2024, replacing outgoing member George Williams (USA).