2021 World Cup Finals in Gothenburg Are On, List of Participants Taking Shape 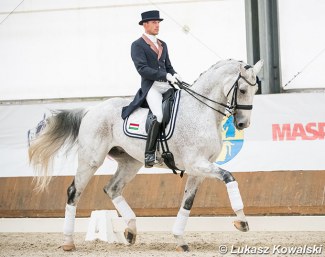 The FEI has confirmed that the 2021 World Cup Finals in Gothenburg (SWE) are still on and not impacted by the one-month competition ban in Europe due to the EHV-1 outbreak.

In a Q&A on the official FEI website, the international equestrian sport federation wrote that "The FEI World Cup™ Finals in Gothenburg are scheduled to go ahead from 31 March to 4 April. The shutdown of international competition in mainland Europe is until 28 March, meaning that the Finals will not be impacted."

The FEI added that there will need to be increased biosecurity protocols in place at the Gothenburg venue.

"These will be similar to those implemented for the Finals in 2019, when there were outbreaks of both EHV and Equine Influenza in Europe. These protocols are currently being finalised," said the FEI.

In ordinary times the Scandinavium stadium is filled with 75,000 horse lovers for the Gothenburg Horse Show, but due to current Covid-19 situation there will be no audience on site.

Who Will Ride There?

Despite the loss of ‘s-Hertogenbosch, as there have been two qualifiers for the Western European League in Salzburg and Aarhus, the rules for the FEI World Cup™ Final will be applied in their current form.

The list of participants is not yet complete as the FEI will notify the qualified riders first, who then have to let confirm they want to compete or not. If not, a replacement next in line will be contacted.

The confirmed riders so far are:

The other qualified riders per league are:

The nine riders qualified with the highest points through the Western European League:

Benjamin Werndl (GER) also tied in 9th place, but a maximum of three (3) athlete/horse combinations per NF (including the titleholder) are allowed to participate in the Final