This is Naqueen, Winner of the 2022 NRPS Stallion Performance Testing 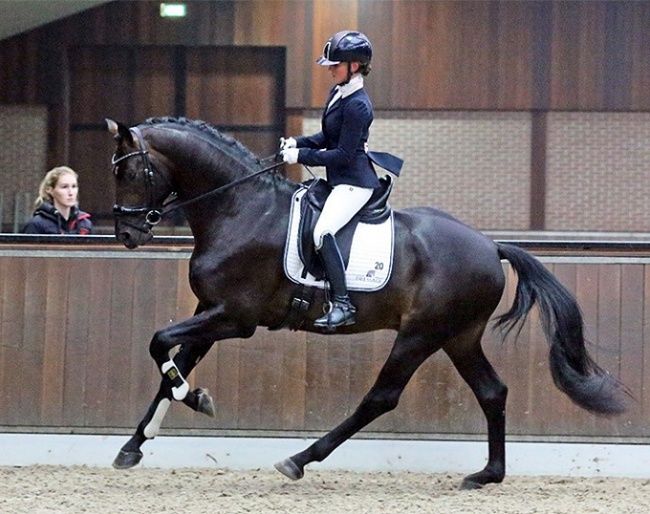 This is Naqueen became the convincing winner of the 2022 NRPS Stallion performance testing, which concluded on 7 January 2022.  The final exam took place behind closed doors due to covid restrictions.

The absolute stand-out colt by far was the 4-year old This is Naqueen (by Trafalgar out of Aqueeni (by Samba Hit x Norway). Bred and owned by J. van der Meijden, this dark bay stallion  scored 9 for walk, 10 for trot, 9.5 for canter, 10 for rideability, 0.5 for self carriage, athleticism, ability to collect, and 10 for dressage potential, willingness to work and obedience.  He totalled 97 points and stayed miles ahead of the second place horse.

The runner-up was S'Next Generation (by Secret x Vitalis), bred by Frank Moorman in Germany and owned by Wilma Wernsen and Deejay Horses. The liver chestnut totalled 85.3 points. He was the champion of the 2021 NRPS Stallion Licensing.