The Stage is Set for the 2022 CDI Opglabbeek 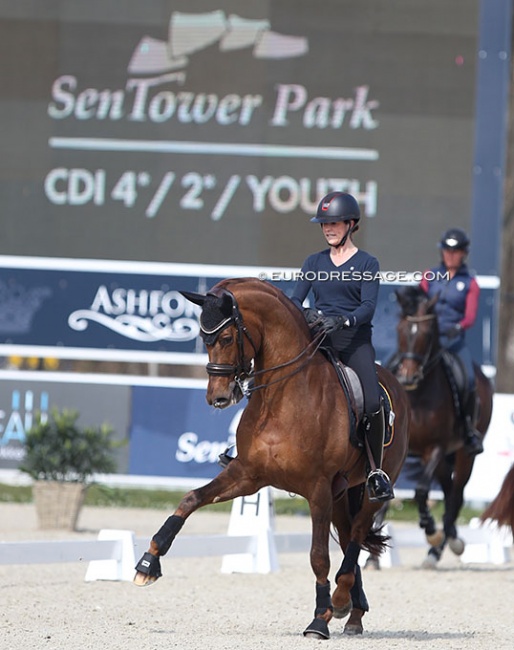 The outdoor show season of 2022 is about to start with the CDI Opglabbeek - Sentower Dressage Festival - in Belgium on 31 March - 3 April. For the second consecutive year, a passionate group of Belgian dressage enthusiasts shouldered this event and this year have staged a 4* international competition.

The return venue is the Sentower equestrian center, a state of the art facility with outstanding arenas and permanent stalls. It mainly hosts show jumping competitions throughout the year.

Led by organizer Josy Everars, the Sentower Dressage Festival was bumped up from a 3* to a 4* and has attracted no less than 203 combinations are entered to compete from pony level to Grand Prix.

The CDI Opglabbeek took place for the first time in 2021 and was a big relief as it was the first international show after the second corona lockdown. The event not only kicked off the race to Tokyo Olympic team selection that spring, but brought a large field of competitors afoot with mainly Belgian and Dutch combination filling up the spots.

This year, the starters' list has more global flair with riders from Italy, Mexico, New Zealand, India, Australia and Japan.

The starting order for the 4* Grand Prix would originally be decided by an ordinary draw, the best system for the most fair application of a judging sport as it has been scientifically proven that judges go up with their points towards the end of the class.

Under pressure of some of riders who experienced insurmountable insecurity of not knowing whether they would be riding on Thursday or Friday in the split Grand Prix, the organizers caved in and changed the draw last minute (28 March) to one conducted in reverse order of the World Dressage Ranking List.  This means that the "best" riders start at the end of the class and on the second day (Friday) as the Grand Prix counts 44 pairs.  If more than 40 combinations are entered one class, the FEI dictates that the class be split over two days.

The CDI Opglabbeek was always meant to take place outdoors, but with the option to move inside in case the weather or time schedule forced a switch. It is funny that the most experienced and highest level riders on the planet are shaken by this fact. The not knowing if a big tour class would be indoors or outdoors made 12 riders drop out of the show. The pack of 56 got reduced to 44 Grand Prix combinations, a number which could have allowed for a Grand Prix class on one day (with approval of the FEI for the 4 extra riders).

While the weather forecast is a bit worrying with the latest reports mentioning snow on Friday morning, the conditions for competing in Opglabbeek are optimal. Fantastic footing, big spacious arenas, quiet surroundings and an escape plan to move indoors if need be.  Let's hope that this pessimistic weather forecast does not take place.

Eurodressage will be on the scene taking photos of all the riders. Get in touch if you like to be photographed for pictures for social media. Opglabbeek will be our first European show of the year we cover and we're excited!

Text and Photos © Astrid Appels - NO REPRODUCTION ALLOWED - If you are interested in using our photos, email us FIRST