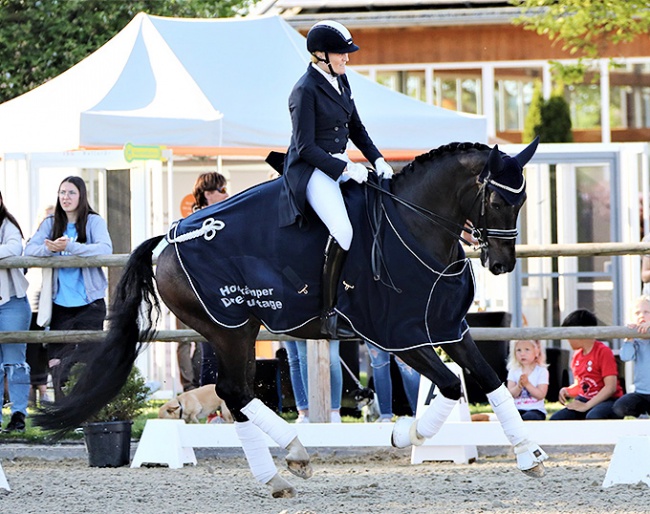 Stroetmann (née Epping) discovered Dancing Dream K as a 3-year old and first had her student Bettina Kappelhoff (née Weitkamp-Neuhaus) compete the horse as a 4-year old in 2019.

In 2020 Bettina and the horsequalified for the Bundeschampionate, but chose not to ride in Warendorf.

In the spring of 2021 Petra began competing the gelding herself, first at M-level. and by March 2022 she moved him up to S-level.

The dark bay has been sold to Otto Hofer in Switzerland and has been listed in the FEI database as Donovan.

Hofer is a former Swiss team rider and his granddaughter Leonie Guerra is an Under 25 rider competing for Liechtenstein.