Belfast Sold to the U.S.A. in 2020 Gestut Tannenhof Hybrid Auction 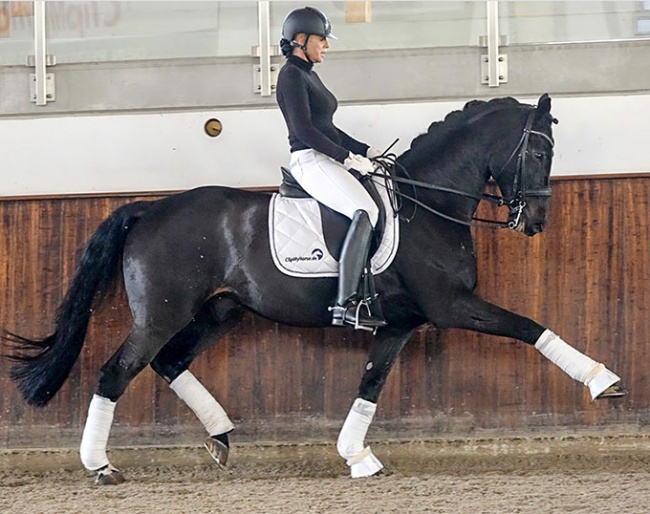 On 18 December 2020, Gestut Tannenhof auctioned an impressive collection of its top horses through a Hybrid auction. Four licensed stallions were included in the lot, including the internationally competed Grand Prix horse Belfast.

Twenty horses were offered for sale and the top price was 185,000 euro, paid for two horses.

The internationally competed Belfast RA was the poster boy of the auction. Originally owned by Irina Resigner and competed by Rudolf Widmann, Belfast Ra is a Hanoverian gelding by Benetton Dream x Florestan. He sold to Tannenhof as a 6-year old, where Anja Plönzke developed it to Grand Prix level. This year the 11-year old Hanoverian was ridden by Spanish assistant trainer Ruben Mengual Reig, who competed him for Spain at the 2020 European under 25 Championships. Belfast sold at auction for 185,000 euro to the U.S.A.

The second horse achieving this hammer price was the 10-year old Oldenburger stallion Beckham (by Bordeaux x Sir Donnerhall I). He will stay in Germany.

Tannenhof also sold some jumper horses, the best seller being Chacco Chacco (by Chacco-Blue x Stakkato) who found a new owner for 148,000 euro.