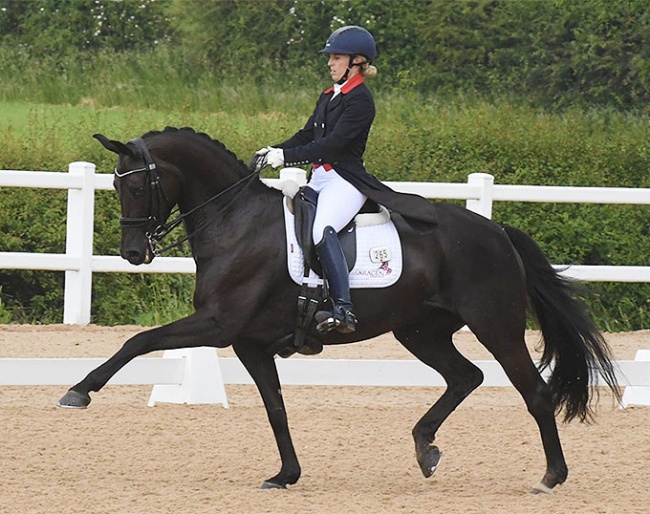 The 17-year old Lickley has been competing as a junior since 2020, piloting the 10-year old KWPN mare Gracia (by Negro x Don Gregory) at the 2020 CDI Keysoe and 2021 CDI Wellington.

Lickley's international dressage career started in 2016 aboard the long-time British team pony and schoolmaster Gigolo. Between 2016 and 2019 she also competed ponies Valido's Sunshine and Mister Snowman, representing Great Britain at the European Pony Championships in 2016, 2018 and 2019.

The Lickley family has now secured Mount St. John Furstin Fugger, a 10-year old Oldenburg mare by Furst Heinrich x Weltmeyer x Pik Bube. She is the full sister to the Bundeschampion Furst Fugger, who sadly disappeared from the sport scene after selling to Colombian Marco Bernal in Wellington, Fl.

Under Lucinda Elliott, the black mare won bronze at the 2016 British Dressage Championships as a 5-year old. This year she has been competed by Amy Woodhead at Prix St Georges level at national shows in the U.K.

"I can’t thank Emma (Blundell, the owner of the mare) enough for this amazing opportunity and under the guidance of the amazing Amy Woodhead and Tracy Woodhead i can’t wait to learn so much with her as a partnership," Lickley stated.

The Lickleys have leased the mare until the end of the 2022 show season with the European Junior Riders Championships on home turf in Hartpury as target.