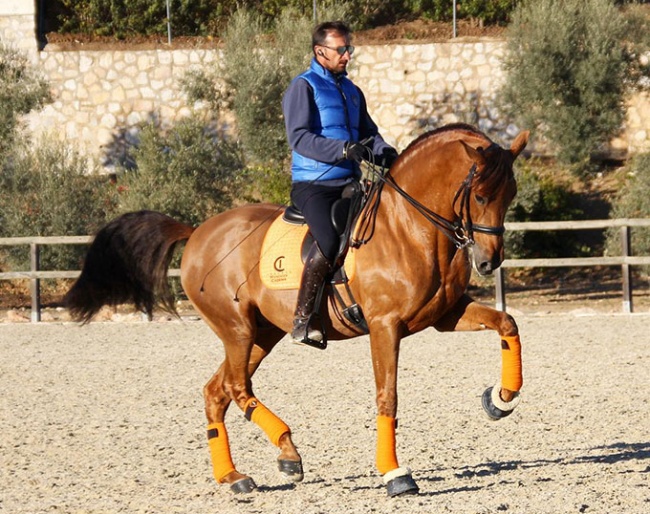 Cadema's horses were ridden by Maria Del Carmen Montes Montoro  in the past. On Perdido CAD she won the 2016 ANCCE Cup for 5-year olds and with Gaucho CAD she was third at Prix St. Georges level. Corsaria CAD won bronze as a 4-year old at SICAB in 2020.

In 2017 Montes rode Perdido in his first CDI in Segovia in the 5-year old classes. In 2019 she premiered both Perdido and Gaucho at small tour level at the CDI Granada.

After a successful time on the Spanish PRE circuit with SICAB as highlight competition in the closed-circuit Spanish breeding world, Cadema is now stepping out of the box and entering the elite dressage sport world by putting their horses in training with a former Spanish team rider and 2012 and 2016 London and Rio Olympian.

The horses arrived in Dockx' barn in September 2021.

"The long-term goal is to debut them in the Grand Prix next season, Dockx told Lilyforado.com. "Both school all the Grand Prix movements, but it still needs polishing and putting everything together. Our intention is to make the jump to Grand Prix somewhere next year but time will tell when."