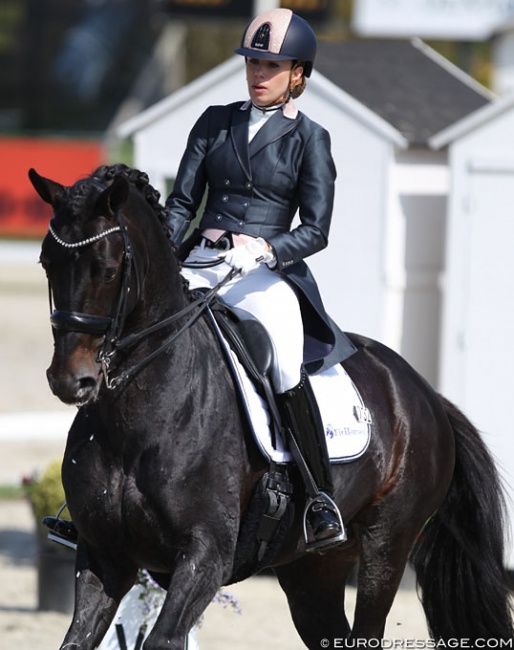 The Dutch Equestrian Federation announced that Hans Peter Minderhoud and Dream Boy will not be competing at the 2022 CDIO Rotterdam next week and will be replaced by Lynne Maas on Eastpoint.

According to the KNHS, the 14-year old KWPN licensed stallion (by Vivaldi x Ferro) is not fit to compete. "He has not sufficiently recovered from an earlier injury," the KNHS reported.

"After his injury, we hoped that we could get him ready for Rotterdam. But it turned out that the time is too short to get him in top shape for such an important competition,” Hans Peter stated.

Minderhoud and Dream Boy last showed at the 2022 CDI Doha in February, where he twice placed third. He sustained an injury after that and missed out on the first two Dutch team selection trials for the 2022 World Championships Dressage in Herning (Dutch Championships and CDI Exloo). Rotterdam and the CDIO Aachen are the final Dutch team selection/observation trials for Herning

Substituting for Minderhoud is Lynne Maas aboard her 13-year old Eastpoint (by Westpoint x Negro). She will be joined by Emmelie Scholtens (Indian Rock), Dinja van Liere (Hermès) and Thamar Zweistra (Hexagon’s Ich Weiss) on the team for the FEI Nations' Cup in Rotterdam.