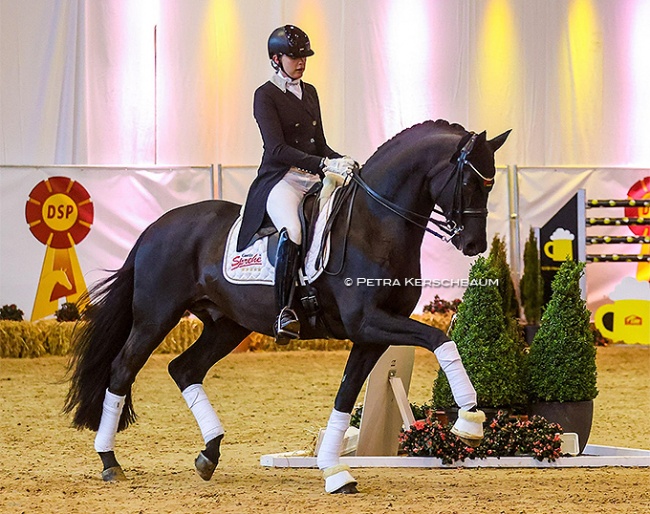 The Trakehner stallion Millennium has been proclaimed "elite stallion" by the DSP breed society.

The German Sport Horse Society (DSP), which includes the south German studbooks as well as Brandenburg and Saxony, held its annual stallion licensing in Munich on 20 - 22 January 2022 where Millennium was honoured with the title.

The DSP has bestowed the elite title on only very few stallions, for dressage they are Quaterback and Don Diamond. Three jumpers are named elite: Colestus, Rivero II and Askari.

Millennium, who is owned by Gestut Sprehe in partnership with the Saxon state stud in Moritzburg, is the sixth stallion to receive the DSP elite title.

He was the third placed premium stallion at the 2010 Trakehner Stallion Licensing in Neumunster and became reserve champion at the Trakehner Young Horse Championships. He was never much competed, but Simone Pearce has developed the stallion to Grand Prix level.

As a breeding stallion Millennium became one of Gestut Sprehe's most used breeding stallions. He is dominating Trakehner breeding, having sired  licensing champion Sir Sansibar, Impact, Kaiser Milton, and Oldenburg champion Morricone. He has produced no less than 76 licensed sons and 108 state premium daughters.