What's In a Name? Iowa Gold

Interviews
What's In a Name? 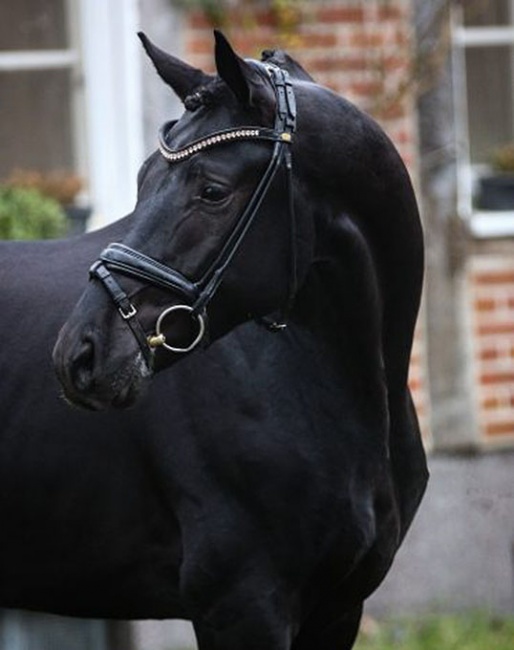 Two days ago, the news that the rising 4-year old Oldenburg stallion Iowa Gold had sold to dressage rider and stallion keeper Beatrice Buchwald-Hoffrogge was made public.

She and her husband Jens purchased the black colt, who is bred by Christine Arns-Krogman, from Dutch horse dealer Eugene Reesink.

The Dutchman first presented the colt for approval at a small, private Westfalian Licensing in Gescher last year. After he got accepted, Reesink baptised the black "Iggy Pop" and the stallion was registered with this breeding name with the German Equestrian Federation.

However, upon the sale to Hoffrogge, Iggy Pop was renamed Iowa Gold, and there's a story behind it.

What's in a Name? Iowa Gold

Iowa Gold, who is a great grand son of the World Number 2, Weihegold, was born during the 2017 World Cup Finals in Omaha, Nebraska, where Isabell Werth won the title with Weihegold.

His name at birth was Iowa Gold, so Iggy Pop was in fact the name change.

"We came up with the name because he was born during the weekend that Weihegold won the World Cup Finals in Nebraska," said Christine. "We were standing on a bridge (in Omaha city) with one foot in Nebraska and the other in Iowa. That is why we named him "Iowa" and the "Gold" because of Weihegold."